Nothing in this article is to be construed as investment advice. Neither the author nor the publication assumes any responsibility or liability for any investments, profits or losses you may incur as a result of this information.

Ontology reigns supreme among the top 100 this week, as the best performer against BTC right now with a 69.65% gain over the last seven days. Investor speculation in the runup to Ontology’s Korean MainNet launch was able to lift the asset off the bottom with an initial 150% surge on August 14th after having spent the last three months stuck in a bearish decline.

At the moment the asset is positioning well to continue bullish, especially as the project gets ready to host the next MainNet event in Tokyo soon, on August 25th.

Diving into the 2hr ONT/BTC chart we can see that the asset is still uptrending well despite recently failing to retest the head of the initial impulse leg. Candles are almost starting to fall inside a bullish pennant with lower lows and highs, and the upper support of the current channel (green) at 36,000 Sats is holding strong. This foothold could be essential in giving bullish traders an opportunity to start collecting again for a second maneuver.

Judging by the indicators right now, the likelihood of ONT holding onto its gains and pushing for another bull run soon, is looking promising.

The Ontology Tokyo MainNet launch in five days time will also be a strong bullish factor to consider, as the project hopes to attract further investment from Japanese investors and increase its market exposure in the Far East.

All price targets are set from the 36,460 Sats mark, where ONT is currently valued. 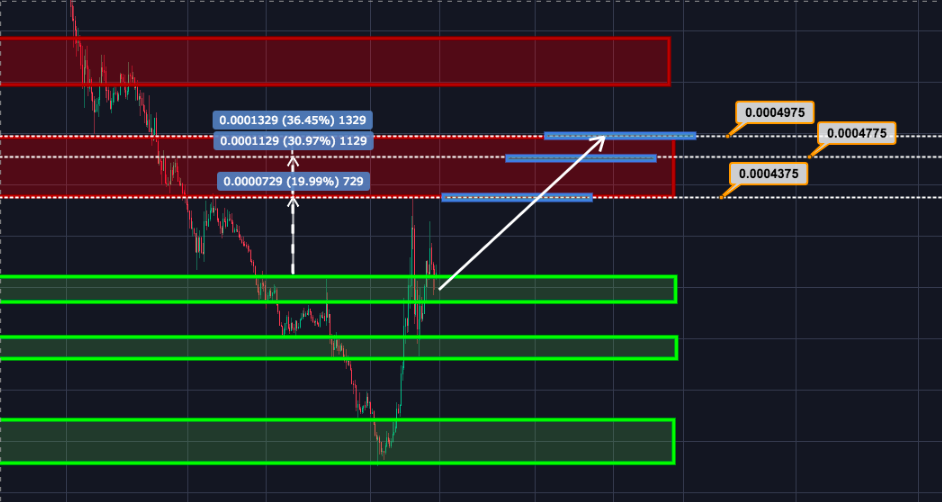 Price Target 2: There may be some bearish opposition around the 47,750 Sats mark, as this level was a resisting point during last month’s decline. (30.97% ROI)

Price Target 3: The final price target for this asset will be at the top of the red channel, at 49,750 Sats (36.45% ROI). Historically, this point was a strong resistance/ support level for ONT throughout April this year.