Dr. Kithsiri Dissanayaka, Former Chairman of the Sri Lanka National Gem & Jewellery Authority, together with Ms Sunarsih Krisfilia, the Director of the Indonesia Chamber of Commerce, and Professor David Chau, Founder of Hong Kong Blockchain Lab, were guest speakers for the event. 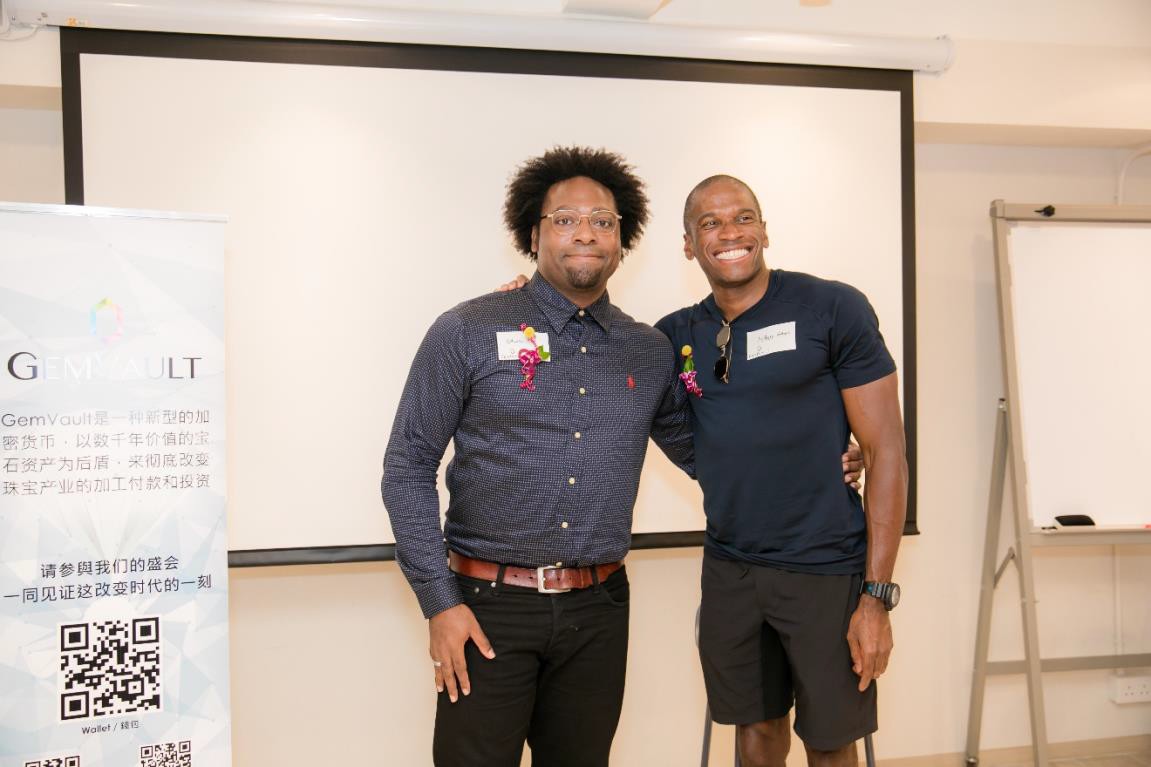 BitMEX CEO Arthur Hayes were also present as VIP guest, and talked candidly about his optimism for asset-based blockchain Token.

GemVault is a marketplace and platform on which the fine gemstones of the world have been placed on the Blockchain and able to be traded digitally for the first time. These assets are available in a global exchange whereby ownership can be transferred from person to person or institution to institution.

GemVault utilizes its X-Squared technology to power its’ GemPay system, a QR code-based system that will allow all assets traded on the platform to be used as payment to merchants and any other provider of services.

For more information about GemVault and its’ innovative and inclusive approach to gemstones, please visit https://GemVault.io

**Hong Kong Blockchain Lab (BCL) is a global Blockchain ecosystem with a core network of payment system technology backed by online banking, e-wallet and consumer payment channels. It is supported by a substantial community. BCL’s HQ is in Hong Kong, with an Operation centre in Shanghai and R&D centre in Malaysia.

X-Squared (X2) is what can be understood as ‘an exchange of exchanges’. The problem in today’s crypto market is that everyone with the technical knowledge can create their own coin, but because of this proliferation the exchanges that list them can easily discriminate against this or that coin being given a marketplace to trade against other cryptos.

With X2 technology, individuals and companies/groups, alike, can have access to their own market that will trade a minimum of BTC, ETH, and their own native token. This gives every project the opportunity to make a name for themselves, get their trading volumes up, and prove to the market that there is a desire for their project amongst investors, traders, and speculators.

In addition, trades executed on ‘Exchange A’ can potentially be settled on ‘Exchange Q’ if there is such an opportunity as determined by X2’s trade matching algorithm. This increases the liquidity for all exchanges and coins involved. This is a benefit to all buyers and sellers in the market. Whereas there are some projects that are attempting to allow for one common account to trade across all current exchanges, a ‘top-down’ approach, X2 will generate hundreds and even thousands of exchanges and allow for mutual trading between them, a ‘bottom-up’ approach, which will increase liquidity for everyone involved.

GemPay is a QR-based payment system that will leverage the architecture of X2 to allow for any coin traded on the platform to be used as a settlement currency for payments to fiat. This means that potentially thousands of crypto-currencies will immediately be able to be used as real payment in the real world.

This is truly a step towards bringing crypto-currency payments to the masses. Merchants don’t need to worry about being selective in terms of which crypto-currencies they are willing to accept. Once they integrate GemPay, they will be able to accept thousands without needing to do extra work or worry about what the newest ‘hot coin’ is. It also allows crypto project managers to expand the reach and utility of their coin very quickly.