Will the First Bitcoin ETF Make the Crypto Market Even More Volatile?

Stop worrying about how much energy bitcoin uses 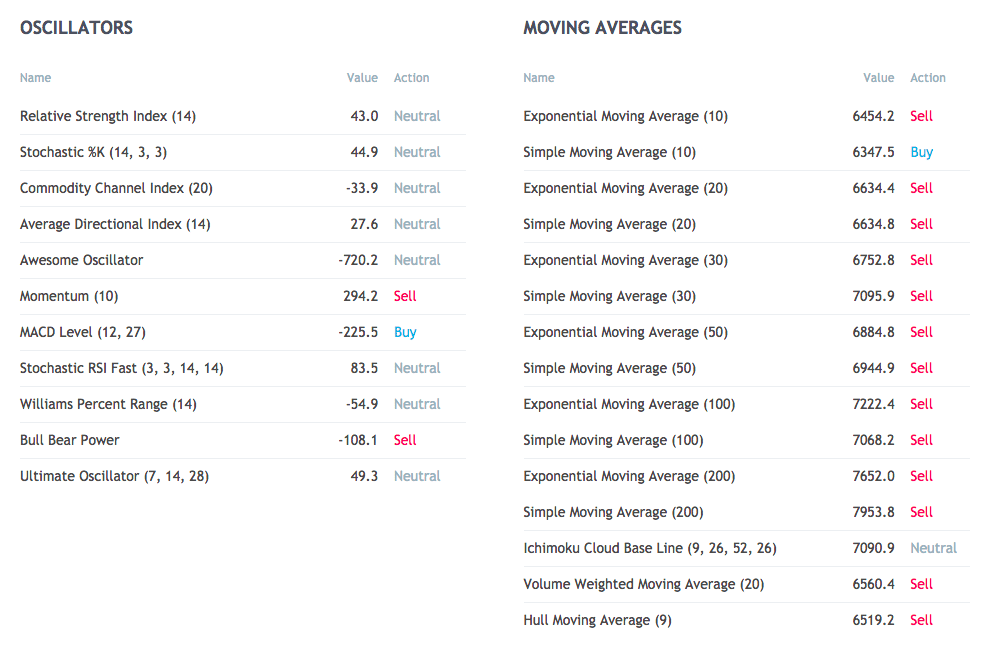 I think we were expecting this little drop today; after two or three days of upward price action. This is a correction from hitting above $6500; though it’s still a positive sign that we’re under 1% of a drop.

In even more optimistic news, we’re seeing BUY indicators above for the first time in WEEKS; yes, we have had all SELL or NEUTRAL for two weeks now and we’re just now seeing some Moving Averages and MACD enter into the Buy position.

As we did yesterday, we’ll show a LONG and a SHORT chart today.

Our first chart is from user turningmecard with a SHORT historical chart:

Our second chart is from user goldbug1 with a LONG chart:

Many altcoins featured on this list can be traded on Binance.

Massive Crypto Crash Continues – Have We Reached Rock Bottom, or Are We Just Getting Started?

What Is Going On With the Crypto Markets? Here Are Top Analysts’ Take On Things

Crypto Hedge Funds are Going to Start Shutting Down